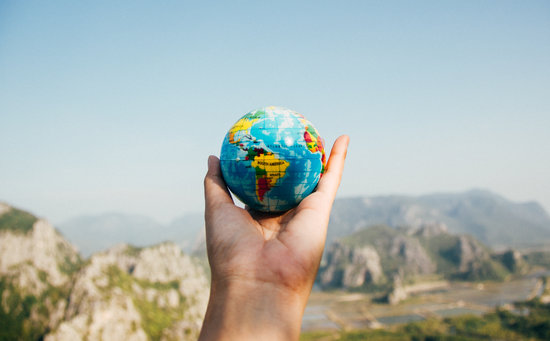 Am I the only one who sees that the world around us is changing? And not very slowly either… it’s like one day something in the universe snapped and now it seems like there is outrage and violence everywhere! But is that the reality of it? Or is it the fact that people are FINALLY starting to wake up to the truths of the world and they’re tired of being lied to, forgotten, abused, and most importantly treated like animals rather than the human beings that we all are?

We as a society have grown comfortable with the problems of the world. We’re at the point where we understand it’s a problem but “it’s always been a problem”, so we just keep it in the back of our heads and continue on with our day-to-day lives. Global warming, cancer, terrorism, debt, basic lifestyles etc. But now? Now something beautiful is starting to happen all over the world. People are becoming sick and tired of ignoring them and accepting them for what they are, and instead, they are coming up with ideas as to how to change them and make this world a better place FOR ALL OF US.

The riots in countries that are happening are the people trying to take back their country. They, as we all should be, are tired of the political plans that only a couple people are in charge of but the rest of us have to suffer the consequences for, or easier stated, being just another pawn in their game of chess. However, it is shown to us in a manner that makes it seem violent and scary and to cause panic for us so that we do not attempt to do the same. Keeping us in a state of fear is what they need in order to keep control over us. But this tactic is slowly starting to fade away.

All governments are corrupt in their own way, and some are WAY more corrupt than others. But we have been blanketed from that for so long that now that things are starting to come to light, we do what we can in order to gain back our independence. Sure riots are dangerous and I don’t believe that they are necessarily the best way to rebel, but they sure do one hell of a job getting the attention of those who matter! If we could eliminate the violence that typically goes along with these, (which in most cases the government starts), protesting and rioting could be the exact thing that is needed to let the people know that we are tired of their manipulation!

What I’m getting at is, open your eyes, see things for what they really are. No one wants to believe that the government would kill thousands of people for their own profit, or that in reality their lives don’t matter to those in charge. But the sad truth is, that is exactly how it is. Once you can see this, I guarantee that you will begin to look at life a little differently, in a more humble and determining manner. YOU are capable of making a change, maybe for the world as a whole or most importantly for yourself and for those around you. It isn’t hard to make a difference; you just have to dedicate yourself to achieving it. The world is changing rapidly…. Will you be able to hold on?