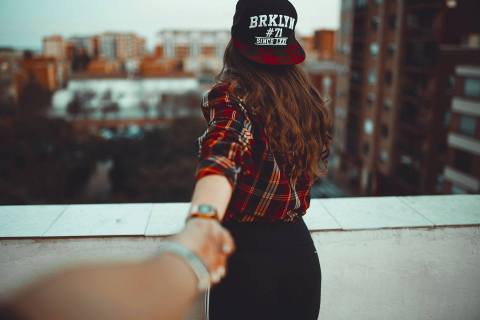 In today’s world, we as women are trying to take over our rights and want to gain back respect that we feel that we have lost or to some, have never received throughout the years. While doing so, I feel there are some places where woman tend to take the “I’m a woman and I can do whatever I want without the help of a man” a little bit too far.

People ask me all the time if I think that chivalry is dead… my answer to that very simply is no, not at all. Chivalry is something that comes from the right person, as well as portrayed in the right situations. The concern I have though, is the same women who complain about chivalry being dead and that men are incapable of commitment and “treating a woman right”, are also the same women who get upset when a man does a chivalrous act. They get bothered by this and throw up their woman defense and say they don’t need someone who doesn’t think they can do things on their own. I’m not saying that woman shouldn’t stand up for herself and keep the confidence that they have, but if your man wants to open the door for you, buy you gifts, or pay for your dinner, be accepting and appreciative… men like that are hard to find now-a-days! Not to mention, why do all relationships today have to have a dominant partner? Why can’t both people involved be equally as powerful?

I believe that the term chivalry is just another word for nice and sympathetic. It’s a way to express the love and feelings that you have towards your woman. You don’t do it because you think she is incapable of doing it herself, you do it because you want to be nice and to show her how much you care for her. I personally do not understand why any woman would be against this. I understand that being a feminist means challenging the privileging of male over female, but we can leave that to the business world and in the work place. If you have a man that cares about you and wants to show you how much he cares for you in even the littlest most chivalrous ways, you should feel honored, not offended. In our society, well in American society more so, men are becoming more difficult to have a relationship with. It’s a part of our generation, check out my post We Are Millennial Generation for more about our generation as a whole, but we tend to continue wanting more in life, we think that we can always find better. Relationships become one night flings or even worse, one person will continuously cheat on the other because they’re afraid to settle down for fear there might be something better out there. Before I moved here to Austria if you would have asked me that question, my answer would have been; in the older generations yes, I believe chivalry is still alive and thriving, but in my generation, just finding someone who can be faithful is hard enough. But then I moved here, I met a man who I just naturally click with, no effort needed, he is a gentleman, and he treats me as though I’m the queen of the world. And for me this is a very nice feeling, not because I think he thinks I’m incapable, but because he wants to do these things for me out of love and respect.

However, every relationship has different sets of roles for one another. Maybe you’re a female and you are the one who pays the bills, do the lawn work, etc. and your man does the cleaning and looks after the kids while you are at the office. There is nothing wrong with that! That is the roles that you set for each other and that works for you in the relationship and what makes you both happy. In relationships, it’s a two way street… you have to give a little and take a little. As long as you are happy in your relationship, do not let the influence of others from the outside ruin that. No one knows the exact dynamic of your relationship and no one else should. They wont be able to fully understand how you function and that is okay. That’s why it is your relationship and not theirs. You set your roles for one another and continue to grow and become even happier.

In retrospect to all of this, I think it is wrong for girls to expect chivalry from men. They expect the man to open their door, to pay for dinner, to pull out their chair and so on. Why do you think that you deserve this from the beginning? I am a girl who expects nothing from my partner in this sense, I make my own money as well so I have no problems offering to pay for dinner or pay for my share of anything. I always offer and if he says he will pay, then I will let him. I feel sometimes women get too wrapped up in money and gifts from their boyfriends or husbands and they never seem to return the favor. The material things should never define your relationship. Money shouldn’t cause as much problems as it seems to, after all there are many many things that you can do together in this world that doesn’t involve any money. You guys are equals in this relationship. No one should have more power over the other and if you are with the right man, and deserve to be treated chivalrously, then I promise you he will. Always remember that if you want to be with a real gentleman, you have to act like a true lady.

“A real woman can do it all by herself, but a real man won’t let her.”