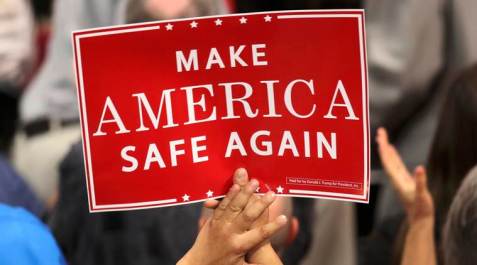 This summer, I was back in the states for three months, now although this is not a long period of time, compared to the month that I usually spend at home, this time I was able to actually see the world around me a little bit more in depth; and what I saw actually terrified me.

I’ve lived over seas now for two years. Like I mentioned above I am usually only home for one month at a time, so while I’m there, I usually stay in my own little bubble and see my family and friends along with teaching some extra classes or whatever else may come up. But this time, I was indulged back into the lifestyle fully and was able to notice how different my ‘home’ was in only a small two-year period of time. For the people who still live there, nothing seems different and not much has really changed because the change itself is so gradual that it becomes invisible. That is, until you look back on how things were, and in that case it’s clear that there is a lot of shady, negative and very clear problems that the US is facing right now.

Let’s start with the segregation that is occurring right now.

In the states at this particular moment, there are about 900 different hate groups; some including racists, fascists, feminists, Neo-Nazi’s, white supremacist’s, #BLM, Antifa etc. While most of these groups identify themselves as activist movements, there seems to be a lot of crimes committed in correlation with the two. We have Rally’s where several people are severely hurt or possibly killed; as well as the lingering possibility of violence everywhere that we go. How does one feel safe at all times in this kind of environment? How does this make people want to come to America and ‘live the American Dream’? It’s hard to enjoy your day-to-day life to the fullest when at any given moment you can encounter someone who segregates himself or herself from you and then comes towards you as though you are the problem.

The real problem in all of this is that instead of unifying and becoming a strong nation once again, we cant let go of the small things, it gives us too much to thrive off of and too much of a sense of power and control that otherwise we may not have. We are constantly isolating and separating ourselves from those around us until one day, when things get so bad, there will be ‘war’ in a sense; a battle of who is more superior, which ‘group’ can conquer and run the United States. These are already occurring in smaller scenarios, rally’s, protests, fights, movements; but what most people don’t see, is that no one group will be able to conquer all, no one group is superior to the other, and no one group is actually fighting for the right thing. As long as we keep turning against each other, our own country, we will continue to fall in this downward spiral; and no one will be able to see the problem clear enough to fix it until we’ve hit the bottom.

As an American citizen, I no longer feel the same safety in my own country as I used to. I know as I grow older, the world becomes clearer, but I can assure you that the actions and doings happening in the United States right now is appalling and quite sickening to anyone who can see from the outside looking in. People are destroying history, and creating new groups to further separate our country just so they can feel apart of something? YOU ARE APART OF SOMETHING!!! You are part of the United States of America! We’re all immigrants, we’re all different, and we all have unique mindsets! We have the ability to use all of this for good rather than hate. Accept people for who they are, focus on living your own life to the fullest, and make a difference for the betterment of our country. Stop being selfish, you are one person out of 325,145,963 that live here, when you look at the numbers would you rather stand alone, or unify and rise together?

One thought on “The New America?”